I recently had the pleasure of shooting the team and individual photos for the Swan Districts Junior Baseball Club.

Rather than the traditional '2 rows, hands on knees, everyone say cheese' photo, I wanted to portray them as a club with attitude, teams that are going to take you on and give you everything they've got.

The photos were taken against a dirty brick wall that stands next to their playing fields and batting cages, a wall everyone at the club is familiar with. Dirty brick walls are great for giving the grunge look in post-processing!

The kids were asked not to smile, but to portray 'swag and attitude'. Nearly all the kids pulled this off well, although some found it hard to resist smiling! Having to tell them their kitten was dead didn't wipe the smiles off those faces though, in fact they tended to laugh instead. Makes you wonder.....

In post-processing a grunge effect was created, along with suitable fonts for team names. I think the final product ended up exactly how I visualised it would, and was really pleased with them. Hopefully they were too! 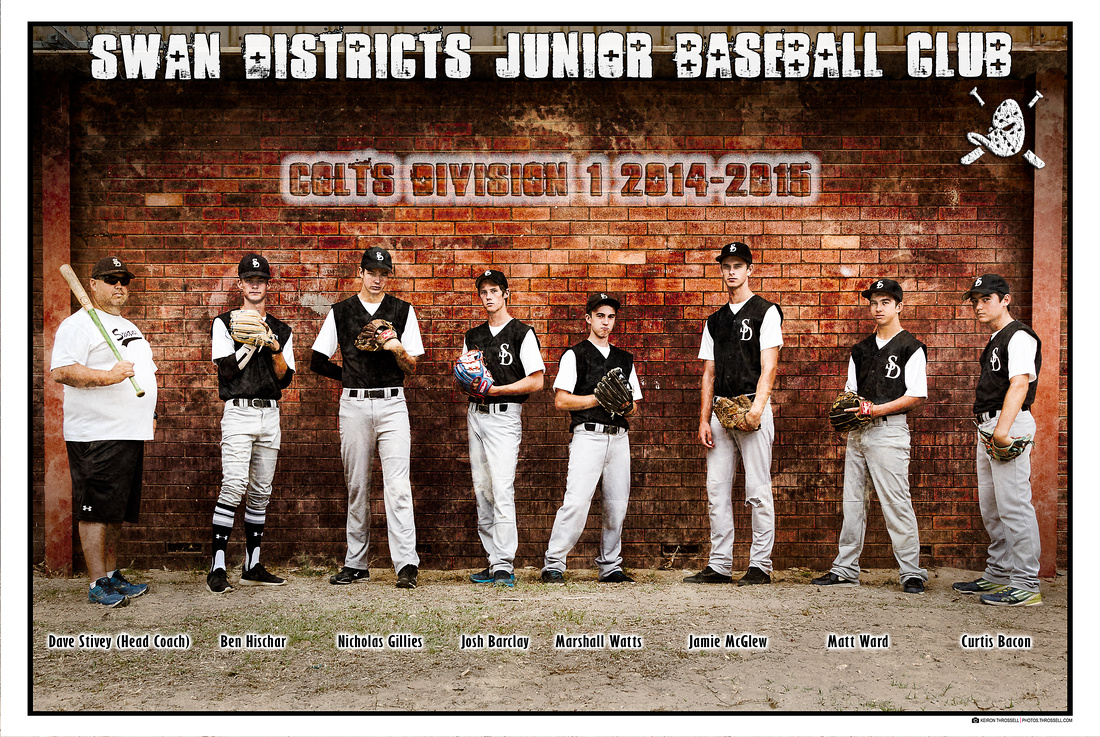 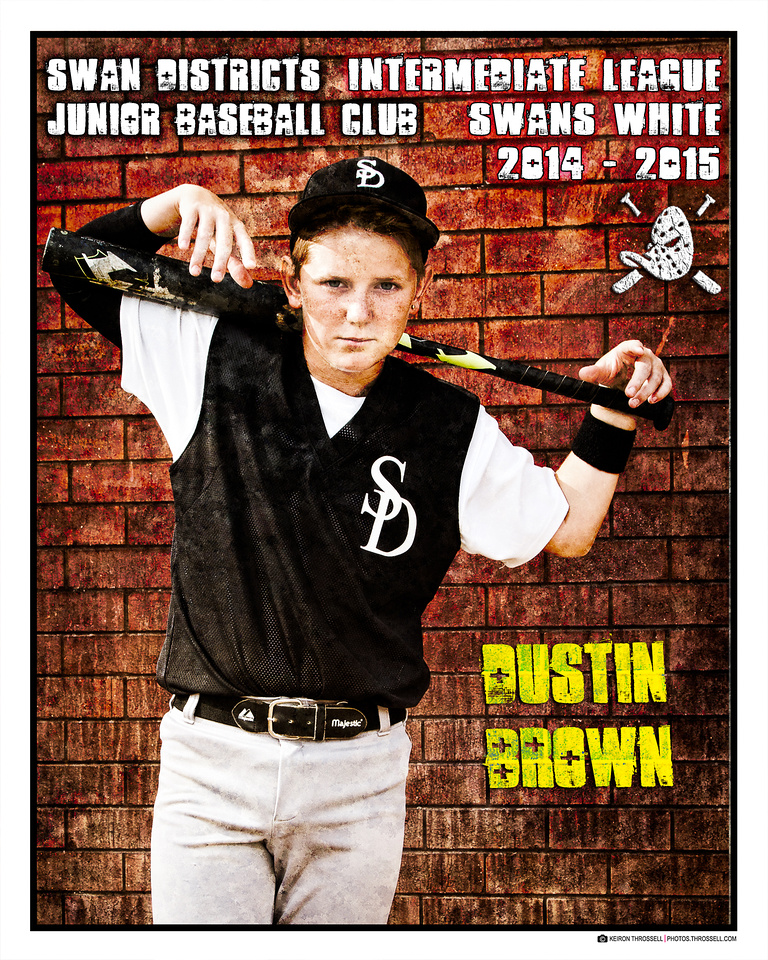